Employers should note that when an employee uses a ladder to gain access to an upper level certain OSHA rules are in place besides those that would be required when working from the ladder.

The first is the ladder must extend a minimum of 3 ft above the roof surface as specified by OSHA General Industry Standard 1910.23(c)(11). So a good rule of thumb is when training employees is that we should be able to see three rungs above the surface of the roof or above a gutter line if transferring to a residential roof. This mandate is so that the employee is transferring has the rails to provide a measure of support. The same would be true when on the roof and transferring back to the ladder. It is of note though, the rails can be cumbersome at times forcing the employee to have to pass around the ladder in to gain roof access or finding their footing while trying to get back on the ladder. This hazard is no doubt why the manufacturer of ladder extendz has made their product. While this product isn’t OSHA required it does provide some extra safety when accessing roofs. First it is manufactured to meet the 36” requirement once attached to the top of the ladder. Secondly, it allows the worker to access the roof thru the ladder rather than around it and in reverse a worker doesn’t have that awkward reach around the ladder backwards trying to find footing. Whether using this product or just setting the ladder traditionally the ladder must extend 3’ above the roof surface. 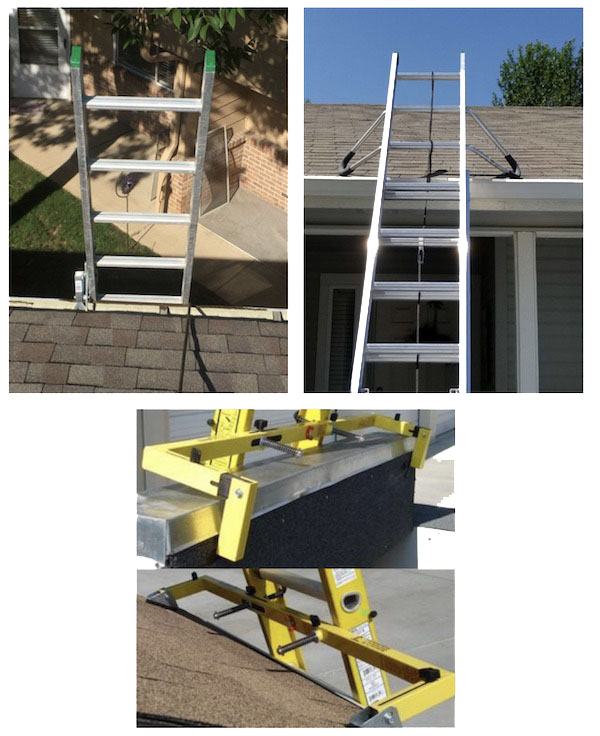 The second mandate under OSHA Guidelines about ladder transfer is 1910.23(c)(7)(i). This calls for the ladder to be secured to prevent accidental displacement. While the rule exists, OSHA doesn’t offer comment as to how. Roofers for instance will utilize two screws in a fascia board and run wire or bungees thru the rungs attaching to the screws. This isn’t as feasible for mobile contractors as most times the the fascia boards aren’t exposed when we arrive. However, their are clamps that are manufactured to fit into the gutter system and not to be minimized is a ladder standoff could be placed on the roof of a residential house to meet the stabilization requirement. Either way this securing the top isn’t meant as an anchor. It’s meant to keep the ladder from falling. A couple safety hazards exist if the ladder were to fall over once we have transferred. First we now have an increased exposure to a fall due to being trapped on a roof (hopefully we would have fall protection on, another article though) and secondly the possibility of the falling ladder striking another employee.

In addition and while It doesn’t apply to OSHA per se we certainly don’t want a falling ladder to cause any property damage to a building owner or homeowner.

To summarize then the two rules for ladders when transferring to another surface is that the ladder extends 3’ above the roof surface and the top of the ladder is stabilized to prevent displacement. 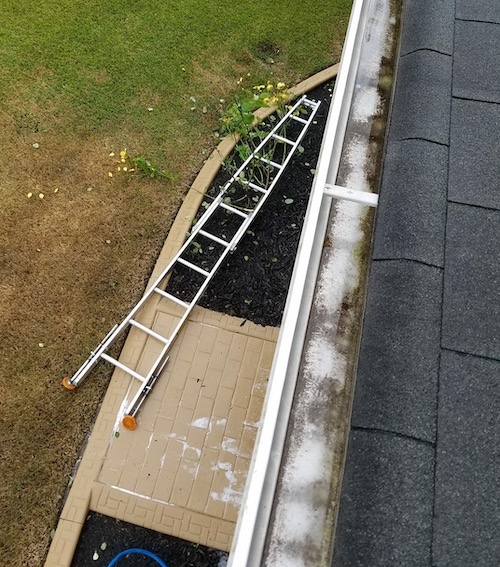