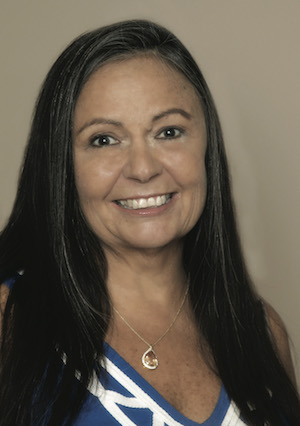 Our search for interesting people this edition takes us to Orlando Florida home to A-1 Orange Exterior Building Services and its owner Vickie Couture Head. Her story spans three generations of window cleaners and this makes her “A Most Interesting Person.” Here is her story.

A-1 Orange was started in Orlando in 1925 by Vickie’s grandfather Louis Couture. He was a French Canadian who had immigrated to the US and landed in Orlando. He started cleaning windows there in the downtown area. Though not many high-rise buildings existed at the time, Vickie recalls stories of some buildings around 12 stories and how many of them were cleaned with window cleaning belts that fastened to brass anchors on each side of the window. Louis was a hard-working individual who took care of his family on the wages he earned while cleaning windows. Then a most unfortunate event occurred. At only 50 years of age Louis Couture fell asleep in death. This left his family of six kids and wife in a hardship. In order, for the family to survive Louis’ 6th son in 1956 picked up his father’s squeegee with a list of stores and businesses and began cleaning those accounts. The most amazing thing is Jacque (Jack) hadn’t finished high school. Yet, he was determined to provide for the family and make things work out while doing both going to school and providing for the family. 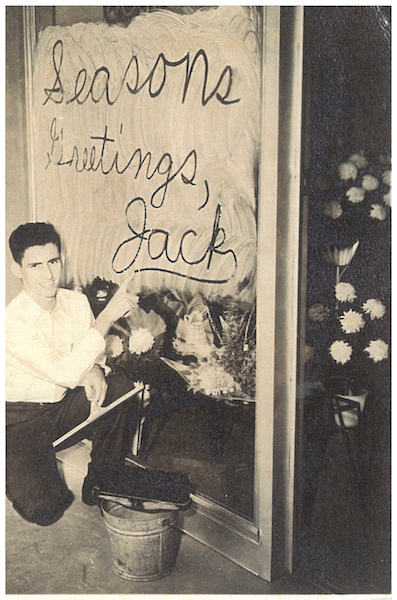 Jack must have enjoyed the work as after he graduated he continued in the business full time. Vickie recalls he continued to build the business and in 1967 he bought a company vehicle. It was a white truck with bright orange letters and it gained him a lot of attention. So much so that Disney took notice and Orange Window Cleaning began cleaning for the corporation in the 70’s. Jack was a person who spoke factually, demanded perfection but always told his employees they were appreciated, Vickie recalls. In addition, one quality she remembers about her dad is he always “wanted things done right now.” Vickie and I had to chuckle at this one. I have had dealings with Vickie on several professional occasions through the years, the apple didn’t fall far from the tree there. 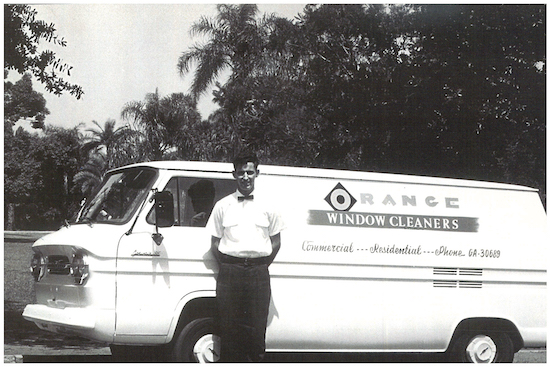 The business was thriving with a crew of 8 and three routes and in 1983 Vickie had graduated college with a degree in Accounting. Her dad Jack offered her a “short time job” and she accepted it while awaiting bigger and better things. Little did she know at the time that in 9 years she would buy a third of the business from her dad and in 97 she would buy her father completely out. Jack fell asleep in death in 2003.

Vickie recalls it not being easy being a woman owner in the beginnings. Most of the property owners early on were men who wanted to deal with men. There was also the stigma of overcoming the “Daddy’s Little Girl” syndrome. What made it even harder to overcome Vickie relates is that it was mostly true, but persevere she has and the business has grown from its humble beginnings to today servicing Orlando, Jacksonville and Tampa with over 40 employees. It hasn’t been without challenges Vickie says. She recalls 2008-2012 as very challenging years for the company with the economy what it was they were looking for work to do to keep guys busy and banks were short on loans. The diversification the company had offering several services is what she credits to their success.

I asked Vickie to recall the most bizarre thing that ever happened in her business. She says while laughing was they were sued and was taken to court over windows being too clean. That’s right a guy at a residential condo walked right into a glass door and knocked himself out he then sued them for cleaning the window too well. The guy lost the case but a silly thing to have to deal with nonetheless.

Vickie today runs her business proudly as a third-generation business owner, an accomplishment not many can tout and that is why we at AWC think she is “A Most Interesting Person”.