How a Squeegee Handle Became a Life-Saving Tool on September 11, 2001

By Beth Py-Lieberman
SMITHSONIANMAG.COM MAY 21, 2014

On September 11, 2001, window washer Jan Demczur was ascending One World Trade Center in the elevator with five other men. When the car came to a sudden halt and then started plunging downward, someone in the cab managed to press the emergency stop button. The elevator cab mercifully stopped, but the men smelled smoke and knew they had to find a way out.

The events of what happened next, as told to Smithsonian magazine writer Victoria Dawson for her July 2002 article “Handed Down to History,” include a harrowing escape from the elevator after the men pried open the doors, only to be faced with a wall of Sheetrock. Fortunately, someone had a pocketknife and the men began cutting their way out. But to break through the three-quarter inch thick layers, Demczur recalled, “was going to be hard.” Still, the men persevered. 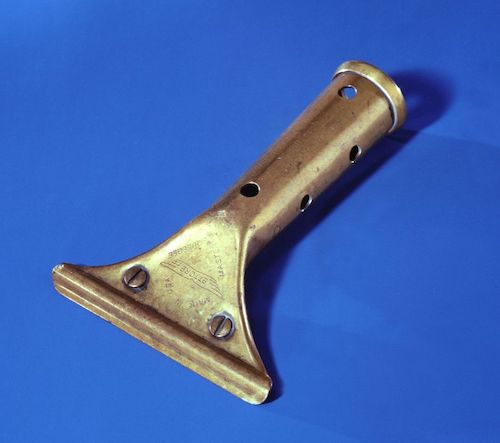 ‘We just started working. Focused on this way to get out. We knew we had only one chance.’

And then, that one chance—that blade—slipped out of Demczur’s hands, falling right down the elevator shaft. "I was very upset with myself. We had a problem and now a bigger problem." A man standing next to Demczur reached into the window washer’s bucket and seized the Squeegee handle. One more chance.

They returned to the wall, systematically cutting furrows, both vertical and horizontal, creating at last a sizable depression in the first two layers of Sheetrock—some 18 by 20 inches in size. ‘We didn’t know what was going on [in the building], but we knew time was running out," Demczur said. They kicked and kicked again, breaking through the triple layer of Sheetrock only to find. . .still more Sheetrock. Mercifully, it was a single layer, three-quarters of an inch thick. Easily punched through. Finally, they pushed against a tile wall and found themselves underneath a sink in a men’s room.

The six men escaped the building. It took them 90 minutes from the moment the elevator cab had halted in the shaft, but they reached safety only minutes before the tower collapsed—the second tower to do so. The tool that saved their lives, the Squeegee handle, joined the collections of the National Museum of American History in 2002 when Congress designated the museum as the official repository for materials honoring the victims of the September 11 attacks, when 2,996 were killed at the World Trade Center in New York City, the Pentagon in Virginia and aboard Flight 93 when it crashed in a field outside Shanksville, Pennsylvania.

In 2014, the museum announced that the Squeegee handle along with 26 other artifacts from the museum’s collections would go on view at the National September 11 Memorial and Museum. Director John Gray noted that the 14 items from the World Trade Center, the eight from the Pentagon and the five from Shanksville, Pennsylvania, "tell the story in ways that words cannot."

Worn by Lt. Comdr. David Tarantino, when he rescued Jerry Henson, who was trapped at the Pentagon.

Recovered at the site in Shanksville, Pennsylvania, a lock from Flight 93 that could have been used for either the passenger bathrooms or the cockpit. 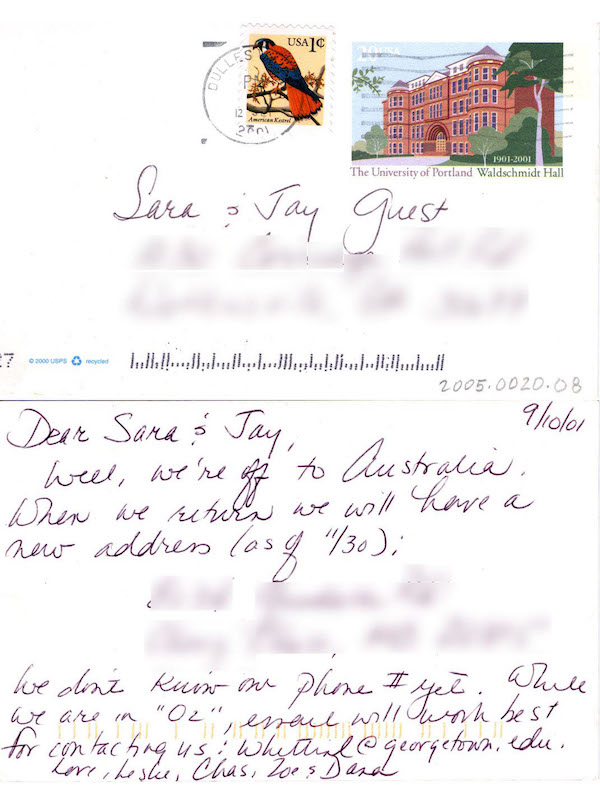 Leslie Whittington, who left Dulles Airport aboard Flight 77, sent this postcard to her sister prior to boarding. Her flight was highjacked and later hit the Pentagon.

Senior flight attendant Lorraine G. Bay, who was aboard Flight 93, recorded each flight she flew and the routines that each crew member would follow during the course of the flight.

A fragment of the fuselage found in the wreckage of Flight 93, in Shanksville, Pennsylvania